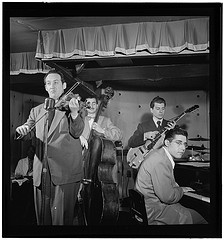 Ever since I began teaching this stuff, I have had the opportunity to observe many careers. Interestingly, those who had the most “talent” were not necessarily the ones who became the most successful. A career that looked promising could crash and burn before it even got started. In taking a closer look at this occurrence, I noticed that there were factors that surfaced again and again. They are:

1. Lack of training
2. Attempting to do everything yourself
3. Poor website
4. Poor attitude
5. Unrealistic expectations
6. Poor organisational skills
7. Giving up too soon
8. Lack of professionalism

Let’s take a closer look at each of these:

Successful athletes, singers and actors all have coaches, even (and especially) when they’re at the peak of their career. It’s no different for you, though sometimes a beginner with a certain degree of natural talent might believe they can go it alone. It is very difficult to see yourself as others see you, and it’s very hard to film and direct and edit and light and do sound and do graphics yourself, all at the same time. A good coach will help you turn your raw talent into bankable skills, they will teach you how to move beyond simply having the right kit and help you realise your own niche. To succeed in film making and video production, you need much more than raw talent and desire, you need good training, a reliable film making approach, marketing skills and the self-discipline to stop beating yourself up when the going gets tough. A good coach can shorten the learning curve by years and give you the support you need to pursue your professional video/film making career.

2. Focus on one aspect of production

Traditionally, there are well defined roles in film or video production. Producer, Director, Cinematographer or DoP, Camera Operator, Make Up, Sound, and so on. And that is so that productions run efficiently with clear lines of command. However, modern production is changing and increasingly you will find yourself adopting many, if not all of these roles, in order to bring the production in on budget. But the biggest mistake you can make is believing that you can do each role simultaneously and with equal skill. You wouldn’t believe the amount of film makers that do this and it really annoys clients. It’s one of their biggest complaints.

You cannot make films/video alone with any real commercial viability. It’s a collaborative process. Sure, you can have a small crew. Find a good team of professionals to help. Find a good editor. If you are not confident in hiring an unknown, speak to others, ask for references and have a look at their previous work, then try them out on a small project. Remember, any crew you hire are an extension of you and your brand. Finding a good support team will allow you to focus solely on shooting.

A website is an important marketing tool for a film maker, and it must be good. Having a bad website is worse than having no website. Have a website with short clips of your work, it doesn’t have to be elaborate. Sadly, this is the one place where many beginners cut corners and fail. Your website should contain good quality footage filmed by you and edited well (see above re: the importance of finding a good editor). But a word of warning, make sure that you’re ready to take this step. A website that is homemade, badly designed or lacking quality content that is relevant to your target market will get clicked off within seconds and you won’t get another chance. You can set up a WordPress blog within 15 minutes, but that’s what everyone is doing. To get a decent designed website can be expensive – anywhere from $ 1000 to $ 5000 – so don’t do it until you’re ready and have trained properly, otherwise you’ll be wasting your money.

In the Film & TV business, or any business today, good social competence – the ability to work well with others – is a must. There is no place for prima-donnas or film makers with attitudes. You have to be able to take direction graciously, put up with fickle clients and directors and take rejection. I have been to too many shoots where the film maker is sat at lunch moaning about the business and they’re only doing this ‘gig’ for the money because they’re only a stepping stone away from making their ‘feature film’. Such negativity has a way of catching up with you and is the fastest way to undermine a career.

People often ask me how long it will take before they’ll start to make money in digital film making. That depends on many factors: the quality of your work, your talent and training, the amount of time you spend on marketing yourself and your persistence. You must be willing to market yourself and that means finding clients, agencies and Directors that are willing to look at your work and showreel, and consider you for future jobs. This can take months or even a year or more to do. But it can be done. I did it and you can too.

This is the part where the artistic side of being a film maker dovetails with the business side. Film makers tend to be, and indeed must be, creative and artistic individuals. This means that thinking and running themselves as a business can be tricky. However, it’s a must if you want to work professionally. Think of yourself as a product that has to be marketed. You will need a computer, a printer and a database of businesses and agencies who you will need to form relationships with. You will also need a system to constantly keep you in contact with the people who can give you work. Film making is a people business, and people buy people.

7. Giving up too soon

There have been occasions in my career – when I was working as DoP – where I have called the same Director or production company every month for years! Some may be resistant to that, others won’t, but one thing is for certain – they will know who you are. Many people give up too soon or don’t like doing this. However, if you really want it, you must make yourself do it and thankfully it gets easier the more you do it. Don’t sabotage your career before it gets started.

Turning up late for meetings and shoots. Arguing with the Director. Not being prepared. Turning up drunk or under the influence. Letting a bad mood show. Spreading gossip. Bad mouthing other film makers at every opportunity. Not caring for personal hygiene. Not following up on opportunities and leads.

I hope you’ve enjoyed my report and I look forward to providing you with more important film making information in the future.

Den Lennie is an award winning veteran of a 17 year career in television production with credits as Lighting Cameraman, DOP, Producer and Director. He’s worked with broadcasters, production companies and top film-makers from all over the world, filming in nearly 50 countries.The list of people Den has personally lit and filmed reads like a Who’s Who of celebrities from the world of cinema and music:Ewan McGregor, U2, Bon Jovi, Liam Neeson, Kylie Minogue, Mel Gibson, Noel Gallagher, Robbie Williams, Christina Aguilera, Tom Cruise and Naomi Campbell are just a few of the names Den has captured on film or video.He’s worked at the World Music Awards in Monte Carlo, the MTV and Mobo awards ceremonies and at London Fashion Week. Den’s career has also taken him into the field of news and documentaries, of property and travel programmes – winning Royal 2 x Television Society awards in the UK.

He now dedicates all of his time when not filming to http://www.fstopacademy.com an alternative film making education resource offering Online Film Making Courses, Practical Training, Mentoring and Hands on Workshops for Aspiring Film Makers Who Don’t have the time or desire to go to film school.

My second video tutorial for the SFM. This one dives a little deeper into the more advanced functions for this wonderful tool.

Question by Bunny: Who was the film maker, associated with making the footage of the moon landing?
The original moon landing, we’ve all seen it, but there was a famous film maker who was involved, and all the team mysteriously “disappeared”. He didn’t leave his house for something ridiculous like 20 years or something… Any help please?