Home » Blog » A New Film Maker And His Crew – Do You Understand Me? 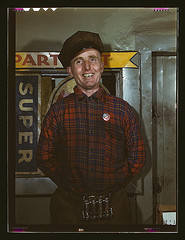 Today almost anyone, who knows a word or two about films, can start making film. The lack of experience on the part of the new film maker often results in misunderstanding between him and his crew. He must constantly be asking the question: Do you understand me?

Capturing sound while filming is the job of the sound mixer. He is supposed to be perfect or almost perfect in his job. He also cues the camera man and keeps him updated. It is crucial to ensure that he is well equipped.

New comers commonly think that they only need just these two persons in the crew — the camera man and the sound mixer, who is also known as the video tech. And then it is for the camera man to demand more people in the crew, and that their role is to worry about the budget approval.

After the size of the crew has increased, it is usually discovered that the new additions need training as well as assimilation into the activities. Quite frequently, new directors can’t explain the shots properly and the crew members just don’t know what they should be doing.

When there is any type of change, everybody need to be informed about it, particularly the sound mixer, who in turn, passes it on to the camera man. Then the camera man passes the instruction to his assistant, the gaffer (the chief electrician of the film unit). Hence, the whole flow of information will stop unless the sound mixer have the correct information at the proper time.

It is also important to show rehearsal to the crew, before actually shooting it. This way the concerned crew members become aware of what they should be doing when the shot is taken. It also provides opportunity to adjust lighting, focus, and sound microphones, etc. A new comer often thinks of rehearsal as a waste of time and tend to avoid it under time pressure. It leads to confusion even among actors. The crew normally understands that recording shot at such a juncture is a total waste.

One does not get good scenes automatically, the background and foreground actions ought to be perfect before the shot is taken which demands good direction. Due to their impatience, the new film makers just want to go ahead with shooting.

The director has to clearly indicate to the camera man and the sound mixer when the recording of a shot is to begin and the time to cut or end it. The crew also should be told when the shot has been satisfactory. The crew would want to hear the word “action” before the camera man starts the camera. For video taping, there is a time lag between start of the machine and when it is ready for recording. So the machine is started early that means that there will be some recording before the shot actually starts which will have to be eventually edited out.

The word “cut” tell the camera man to stop shooting. It also tells the crew when the shot is over. A new film maker often does not understand the importance of this protocol. There are other annoyances that the crew has to deal with while working with a new film maker. The best policy for a new film maker is to invite frequent feedbacks from the crew. He should be repeatedly asking the question: Do you understand me?

Abhishek is an avid Film Making enthusiast and he has got some great Film Making Secrets up his sleeve! Download his FREE 78 Page Ebook, “Understanding The Basics Of Film-Making!” from his website http://www.Fun-Galore.com/94/index.htm. Only limited Free Copies available.

Question by acid1one: I am a film maker and a Myspace user. Where can I find generic Film Maker themed Myspace Layouts?
I am looking for a Myspace layout for my page. I am a film student and would like to find some layouts that are film maker themed. I’ve made a few of my own through myspace layout makers but none are as good as others. I’d like to know where I can find some. I’ve searched many search engines looking for some.

Answer by etiegs2
Did you try Google

Want to write, produce, direct, shoot and star in your own movies? Want to launch your career and become a successful independent filmmaker? Dov SS Simens shows you how! Web Film School…Launch your film career NOW! www.webfilmschool.com Enroll in the amazing 2-Day Film School or if you can’t wait, order the DVD Film School… Shipped right to you!
Video Rating: 4 / 5