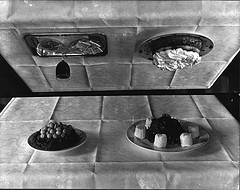 Many people dream of a glamorous career in filmmaking and wonder what film making courses will best help them get started. Before you sign up for film school take time to get realistic about what you can expect to accomplish. Although the filmmaking industry employs thousands of people it can still be one of the hardest industries to break into.

Besides acting, the two jobs most often pursued are being a film director or a screenplay writer. Because this is what most students request these are the jobs where they offer the most classes. This is where the problem starts.

The demand in Hollywood for new film directors and new screenplay writers is almost non-existent. The current working directors and writers spent many years apprenticing and working their way up through the ranks. The newly graduated student walking up to the hiring department of a film studio or production company will be lucky to be offered a job as receptionist or mail-room clerk.

This is the sad reality of the education of future movie makers. Few beginning students are willing to believe that the odds are so strongly stacked against them. They sign up for film making courses which will consist of watching and discussing classic, old movies then making little short films using commonly available video equipment. Students most interested in screenplay writing spend their time writing short scenes and discussing them with fellow classmates.

A few decades ago the only way to see these old classic movies was to go to a film school that could afford original film prints. Also movie making equipment was very expensive and not available to the general public. The knowledge of how to structure and create scripts was known to only a few insiders.

Two things you need to notice. First is that the things the students are learning only qualify them to work in the lowest paid and most competitive of jobs. Secondly is that today all those classic movies are commonly available for rent or purchase, high-quality video equipment is cheap and available as are hundreds of excellent books on the techniques of movie making and script writing.

With so many resources available today the only reasons one can imagine for taking film making courses are to have some live experience working with a team of filmmakers and to get some hand-holding from knowledgeable filmmakers. That sounds reasonable, but why pay a lot of money for that? Community colleges often offer film making courses that will inexpensively teach the basics. Even better is to find local film productions that want to hire production assistants. What better way to learn and make contacts than by actually working with professionals. You only need to know where to look.

The people who get hired in the movie industry are the energetic, determined self-starters who make things happen. If you have been thinking that a professor at an expensive school is your ticket to Hollywood you need to think again. The professor is probably one of last year’s students from that same school who hasn’t been able to get a real job doing anything better than teaching what he was just taught.

Many options are available for learning how to make movies. One of the best places to learn what is available in movie making courses is at the free online film school http://filmschools.4filmmaking.com/film-making-courses.html.

English: Instrument is a documentary film directed by Jem Cohen about the band Fugazi. Cohen’s relationship with band member Ian MacKaye extends back to the 1970s when the two met in high school in Washington, DC. The film takes its title from the Fugazi song of the same name, from their 1993 album, In on the Kill Taker. Editing of the film was done by both Cohen and the members of the band over the course of five years. It was shot from 1987 through 1998 on super 8, 16mm and video and is composed mainly of footage of concerts, interviews with the band members, practices, tours and time spent in the studio recording their 1995 album, Red Medicine. The film also includes portraits of fans as well as interviews with them at various Fugazi shows around the United States throughout the years. The Instrument Soundtrack by Fugazi was released in conjunction with the film. It consisted primarily of instrumental and unreleased songs (including many demo cuts from End Hits, their next album after the soundtrack). When asked what the goal was in making Instrument, Cohen responded: I did feel that there were a lot of people that either didn’t have access to the band or had something of a misconception of what they were like. I wanted to address those issues to some degree, but what I really wanted to do was just capture music-making and try to make something that felt, visually, like music, and something where the music was inextricably tied in with the moving pictures. One such …

Question by Anand D: Evening Film Making Course in NYFA is best?
I have completed bachelor degree in Computer Science and working. I can’t attend full time college. I’m ready to study 1 to 3 years of evening film school courses. So I want to do film making in evening college. I’m thinking to take 1 year evening course in NYFA. Is there any other best institute other NYFA by considering my situation?
Does USC or NYU offers evening courses in film making?

Answer by PE2008
It’s OK to take FiIm Making as an interest course, like gardening or macrame, but don’t expect to make a living at it. Film Makers are so desperate for work they often have to take jobs dressed as Ronald McDonald, with red rubber nose, making videos of Birthday Parties.

Hint: You get bigger tips from parents if you let the kids honk your red rubber nose.

James Cameron Bringing 3D To China
Of course, Cameron pioneered 3D technology that looked like nothing you'd ever seen in Avatar, and didn't exactly ask for a wave of copycats and poorly converted 3D films to follow. But he's been a huge cheerleader for the format for … According to …
Read more on Cinema Blend

READ A FULL INTERVIEW ABOUT THE VIDEO AT: gagaism.org LIKE MY FACEBOOK PAGE! www.facebook.com I am very proud to share with you guys my graduating film thesis project at The Los Angeles Film School. It was an amazing experience and I send a big thank you to everyone who took part in making this visual come true. I hope you guys enjoy it as much as I had enjoyed making it with my amazing team and crew! and of course this video would not be possible without Lady Gaga, thank you for redefining music videos and making music that fuels the creative mind. QUESTIONS? CONTACT THE CREW!!!!!! WE’D LOVE TO HEAR FROM YOU!! DIRECTOR AND EDITOR – RUBEN CORTEZ E- MAIL- ROOROOFOO@LIVE.COM TWITTER – www.twitter.com ALL FASHION DESIGNS CREATED BY BRYAN HEARNS www.bryanhearns.com CINEMATOGRAPHY BY ERWIN AVILES CONTACT AT ERWINAVILES@GMAIL.COM PRODUCTION DESIGN BY ERIKA ALCORAN CONTACT AT: E_ALCORAN@HOTMAIL.COM CHOREOGRAPHY BY: NICHOLAS KAYNER WWW.YOUTUBE.COM/MRNUKAPPA WWW.TWITTER.COM/NIKAYNER VISIT AMELIA JACKSON GRAY’S YOUTUBE PAGE! www.youtube.com
Video Rating: 4 / 5

ZIMA launches hands on Film Making course
A student will be a part of every process the film goes through right from pre production to production to post production and his name being shown on the credit roll because credentials do matter a lot in our industry”. He also added that the course …
Read more on Indian Colleges 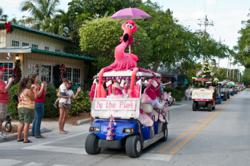 Now in its third year, Captiva Holiday Village is a cooperative event sponsored by hoteliers, merchants, attraction owners and restaurateurs of Captiva Island.

Captiva is a remarkable island village and known as a magnet for creative people, said Paul McCarthy of Captiva Cruises. Its famous for its beautiful beaches, wildlife-filled waters, family-friendly atmosphere, and a quirky, relaxed way of life. This island is a perfect place to unwind from holiday stress.

Each special-themed weekend, beginning Nov. 23 through Dec. 8, will be a fun-filled extravaganza of sight and sound, set against the backdrop of the Gulf of Mexico and evening sunsets. During the event weekends, visitors will enjoy everything from decorated golf cart and lighted boat parades to Junkanoo and fire dancers, live music and even a Marching Mullet Parade.

All three weekends of events take place in Captivas village center, where its colorful restaurants and shops will be festively decorated.

The village is the heart of the island: a quirky, colorful, pedestrian-friendly hub where people stroll from place to place, enjoying live music, tropical food and drink and the islands legendary sunsets.

Captiva is a wonderful contrast from the hustle and bustle of normal daily life, said Jeff Shuff, Tween Waters Inn general manager. When you add in all the fun with these three holiday event weekends, Captiva should be at the top of your holiday must-do list; its going to be one heck of a party this year.

In addition to Holiday Village festivities, the island offers easy access to an abundance of water sports: kayaking, guided fishing, parasailing, wildlife cruises to the outer islands and world-renowned shelling.

The village of Captiva is a special place during the holidays, said Captiva resident Nathalie Pyle. Our entire family is together for the Tween Waters fireworks the night after Thanksgiving, and my grandchildren and I love decorating our golf cart and riding in the golf cart parade. The lighted boat parade is another family favorite and, of course, we love singing Christmas carols at the Captiva Chapel by the Sea.

Captiva Island, located on the Gulf coast of Florida adjacent to Fort Myers, is regularly featured in newspapers and magazines around the world. In 2011, Captiva ranked as one of TripAdvisors Top 10 Travelers Choice U.S. Beach Destinations.

The small island is also known as a destination for celebrities and creative legends. Visitor lodging options include small inns, deluxe resorts, rental homes and condos and dockage for boats of all sizes.

According to The Weather Channel, the average daily high temperature for Captiva in December is 77 degrees, and it is the driest month annually with just 1.71 inches of rain.

As a highlight of this annual event, once again local hoteliers and restaurants have teamed up to offer six free two-night Captiva Holiday Village weekends for the 2012 event. Online entries are now being accepted at http://www.captivaholidayvillage.com.

The 2012 event schedule is as follows:

With Richard Finkel of Captiva Cruises at McCarthys Marina

to mail a coconut

Under the tiki at Jensens Marina

At the Beach by Mucky Duck

Writer Amy Bennett Williams speaks about her new book, Along the Caloosahatchee.

Starts at McCarthys Marina with SCCFs Kristie Anders on board Captiva Cruises boat.

With Doris Holzheimer and Kristie Anders

Stars Over Captiva with Richard Finkel of Captiva Cruises

Air on the docks of Captiva

The Best Gifts are Books!

Americas Darling – a film on the life of Jay Darling

Wakefield Room at Tween Waters after Arias on the Beach

For a list of all events and hotel packages, visit http://www.CaptivaHolidayVillage.com.

Captiva Island is a barrier island in the tranquil Gulf of Mexico on Floridas southwest coast. North of Sanibel Island and West of Fort Myers, world-renowned Captiva is also just three hours from Tampa and Fort Lauderdale by car. A narrow sea