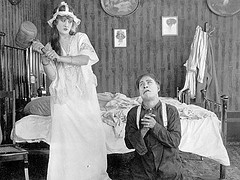 Filmmaking is costly, even more when you consider it as your hobby. People who are known to produce films in the olden times are considered as filthy rich. In the present time, due to the technological advancement, filmmaking has become much affordable. It is now easier to come up with your own picture, even with lesser budget. This is even more emphasized with the emergence of independent filmmakers.

Filmmaking enthusiasts who have limited resources in creating films have now a venue to express their artistry. There are even award-giving bodies that focus more on the recognition of non-mainstream filmmakers.

A filmmaking software is one of the latest inventions that can help a lot of non-Hollywood yet equally competent filmmakers. What makes this great is that it can be accessed without charge. What you need to do is to find out more about each of them and understand which part of the filmmaking process this process would fit in.

The first filmmaking software you have to get to know more as a filmmaker is called the Celtx. This has functions like the Final Draft software. It’s an open source and free screenwriting or pre-production software. This will allow you to mark up the script for production breakdown and all the others.

Cinepaint or what used to be known as the FilmGimp is another program you must have. This is a paint program that was created for and by the film studios to give finishing touches to images that have high resolutions. This software has been used in several movies already and it has a new version called Glasgow that’s coming up.

Another software you can avail of is the Video Capturix 99. It is an easy to use video capturing program that allows you to capture simple movie footages from all types of video source, freeze, and save them as.BMP format or simply copy and paste them in clipboard for use in the future.

Adobe After Effects is also a good tool to use for making high-quality animation. You can have great benefit in performing high-end and expensive video-editing tasks in this software. Even its standard version can provide you amazing 2D animations, composites, cutting edge special effects for film and broadcast video, even multimedia presentations and the Web.

Movie Magic Scheduling is a standard software for Hollywood when it comes to scheduling. This however has strict copyright laws. This also holds true for its equivalent in budget preparation which is called Movie Magic Budgeting. Now you are more familiar with some of the film production software choices that are available in the net. All you have to do is figure out which are the ones you truly need.

If you want to find out more about filmmaking software options, you can check them at the Filmmaking Mastery course.

Bobby welcomes brothers Matthew and Ryan Gielen to The Reel Good Show. They’re the filmmakers behind The Graduates Movie. They talk about filmmaking, taking a crap in your pants, and more! Also, see Bobby dance in this episode! Ryan and Matt’s 10-sec Self-Promotion www.TheGraduatesMovie.com http www.facebook.com twitter.com The Reel Good Show has Viewer Interaction, Live Streaming Shoots, and More! Go to www.indymogul.com to learn how we produce the show and how YOU can be part of it! Website – www.TheReelGoodShow.com Indy Mogul on twitter – http Bobby Miller on twitter – www.twitter.com Facebook Fan Page: www.indymogul.com