Home » Blog » Getting Started In Filmmaking, Goals And Plans For Success 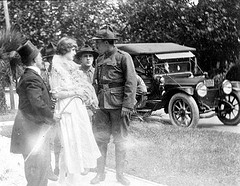 Article by Jerry “the Prof” Anderson

Getting Started In Filmmaking, Goals And Plans For Success – Entertainment

Why You Need A Plan

I have mentioned many times that the most common mistake for starting filmmakers is biting off too much in the beginning. Don’t fall into this trap. The first thing is to ask yourself the classic question: Why am I wanting to do this?

Look into your heart and think about the things you really care about. There is no wrong answer and your goal may change over time but it is vital to try to come up with an answer to this classic question. Then tape it up somewhere that you will see it often.

Becoming a filmmaker requires much time and dedication and you can’t do it unless the goal is something you truly want. You should probably write it out as a “mission statement” as some filmmakers strongly suggest.

Now that you have defined where you want to go with filmmaking you possibly can start to figure out how to get there. On 4Filmmaking.com I assume that you want to be a well known independent filmmaker creating films that are both artistically satisfying and financially successful. I am now going to describe the classic plan that has been used in some style by most of the well known independent filmmakers in the business. You can use it as a starting point to create your own plan.

The Awful Truth About Filmmaking

I would not be fully honest if I didn’t begin by warning you that your chance at succeeding in being a famous and successful independent filmmaker are. There are many other people wanting to do it and only a few are going to succeed. You will have to be relentless following your filmmaking goals, make the most of your talents, keep going despite discouragements and find more than a little bit of luck along the way.

The Not-So-Secret Plan for Succeeding as an Independent Filmmaker

Step 1 is to direct a series of very short films while you study, take classes, read books, meet other filmmakers and always do everything you possibly can to get knowledgeable and hook up with filmmaking collaborators. Your films should be three to ten minute short movies that you possibly can film in a day or two in your spare time, beginning with just your friends and the promise of free food beer at the end of the day.

Creating films involves many skills and many helpers working together. That’s why you must be looking for collaborators, other sharp and clever people who share your filmmaking dreams and add to your skills. The first step is where you learn the basic skills of filmmaking.

Step 2 is to create better and better short films until you have one good enough to get you into film festivals.

This will start to get you noticed, give you more opportunities to meet with other movie makers gaining more collaborators, and get a sense of audience reaction to your films. You’ll observe that acquisition agents follow the festival circuit to negotiate for the best indie films from the very best filmmakers. This second step is about increasing your artistic filmmaking education and learning how indie films get marketed.

Step 3 is to keep developing better and better story ideas until all your friends are satisfied you have a Great Idea.

This short film is a calling-card, a teaser and marketing tool to show investors fabulous you’re so they can pay you to turn your Great Idea into the Great Movie.

Step 4 is to make the movie, show it at film festivals to great acclaim, sell it to distributors, and experience it becoming a huge success. At the same time you will be asked to be developing additional ideas so you always have an answer to the query, “What’s your next project?”

After step 4 you will be on the map and you will get phone calls from people who wouldn’t have given you the time of day last week but now they want to discuss paying for your next project. A variation on this plan is to not make the short film version by coming up with a totally perfect feature film that you can shoot so cheaply that you don’t need big financing.

Does This Plan Work?

When you look in the Internet Movie Database you will see that George Lucas began by making 5 very short films that have never been seen. Then while he was in film school he made a 15 minute science fiction short by the name of Electronic Labyrinth THX 1138 4EB. The film got him first prize in the National Student Film Festival.

Now George Lucas is the most recognized independent filmmaker in the world.