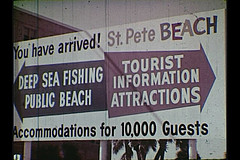 An affordable filmmaking course is hard to come by these days because the processes involved in learning the craft require expensive equipment. Students are also paying for the expertise of renowned filmmakers and educators in the field, which makes the cost of learning lean to the high side of the price spectrum. In most cases, the cost is a deterrent and people look elsewhere for cheaper alternatives; others completely abandon the dream. The scenario is grim but it is the reality that faces many fledgling filmmakers. Truth be told, the lure of Hollywood is much stronger especially to those who are passionate about movies and the intricate process that comes with making them.

One of the most lucrative careers in the entertainment industry is filmmaking. Film directors can command high talent fees with their superb moviemaking skills, while brilliant screenwriters win one award after another. Although directors and screenwriters are the more recognized players in the industry, there are other key participants, who may not have celebrity status, but they are oozing with talent, nonetheless. They are the cinematographers, editors, art directors, costume designers, camera operators, and other members of the production crew.

Regardless of the function, each of these crewmembers has skills needed to keep the production moving. Without these skills, it would be difficult to break into the industry. Unfortunately, acquiring the needed skills entails long hours of learning. Others learn by experience, but most of them go to film schools or attend intensive filmmaking workshops, both requiring some thousands of dollars per school term or workshop session. The cost of education can limit the skills that can be learned that is why people look for an affordable filmmaking course that would help jumpstart their careers in the movie industry, or boost the careers of those already inside the filmmaking circle.

An affordable filmmaking course that has been guiding students and filmmakers is Film Crew: Fundamentals of Professional Film and Video Production. The book, which is available at Amazon, gives an in-depth look at the process of film production and teaches the techniques to create film without having to spend more than what is necessary. It does not matter if the learner is a student wishing to learn the ropes of filmmaking, or a filmmaker who is trying to hone his skills, because the book is designed to address the issues faced by both neophytes and experts alike.

The affordable filmmaking course gives a no-nonsense approach to teaching filmmaking. It is straightforward and focuses not just on one aspect of filmmaking. The book can be considered an inexpensive course that touches on all the aspects of film production including casting talents, scouting for locations, and developing scripts. There is an added value in that the course zeroes in on the common mistakes committed by budding filmmakers and the ways those mistakes can be avoided. The book is perfect for individuals who want to pursue a career in filmmaking but are on a limited budget. With an affordable filmmaking course under $ 25, fledgling filmmakers can now jumpstart their careers in the film industry.

Are you looking for more information regarding affordable filmmaking course ? Visit http://filmandvideoproduction.net/ today!

Question by alejandrothedirector: On MySpace, My Profile got converted to a Filmmakers, How do I decorate it?
Ive had a regular profile for a while now and I just got my profile converted to a filmmakers today, but HTML for normal profiles doesent work on a filmmaker profile. Can anyone tell me any websites that let you make your own profile for filmmakers? Or links to websites with HTML special for filmmakers, HELP!

Answer by SoBe-RyGuy
you might have to start over…