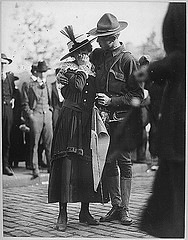 Before the project even reaches the embryonic stage, the producer must find a great idea and turn it into an even greater proposal. He has to ensure that the evolution of the idea results in a package that he can now use to secure financing.

From that point to the last of post-production, his hands touch almost every part of the making of the film, from hiring the talent and the crew, securing locations and sets, and sometime even making sure everyone is fed.

But his job is not over yet, he still has to establish distribution for the film. The distribution company provides the pathway on which the project moves from a finished product to public consumption. There are many options available to the distributor. Not every film is released to the theatres, other than showings at film festivals to generate interest and acquire accolades. Theatre releases can be a very expensive endeavor when digital formats are available for TV and the internet. Straight to DVD no longer has the stigma it once had. In fact, even major studio releases are pulled from the theatres now so that they can exploit the greater digital potential.

In fact, theatrical runs may only account for 25% of the income of any movie.