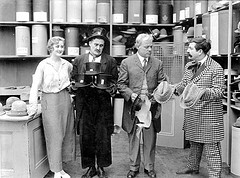 Most filmmakers with completed films that I meet seem to talk constantly about getting a distribution deal from a big company or getting an international sales agent. They seem to think that this is the only way to move their careers forward. This is understandable especially after having sacrificed, scrimped, begged and saved to make their film. It is only natural they would look and hope for the established sales agent or distribution company who they hope and pray will buy their film for international distribution.

All I can say about this is that, IT’S WAKE UP TIME!

In most cases the established sales agent or distribution company won’t come along and make all their dreams come true. It just won’t happen. The main reason being is that there are far too many films in the marketplace; many more than the present distribution system as it exists can accommodate. The system as it stands can’t even handle a small percentage of them. Combine this with the fact that the major film distribution companies also own most of the major cinema screen chains and because they do, they are naturally going to put the films they have invested in already onto those screens first. So where does that leave the independent filmmaker?

It leaves them in the same place it left the hip hop producers and rap record companies 30 years ago, when no self respecting radio station would even play rap records. So what did these rap/hip hop music makers do? They took to the streets with their cassette tapes and sold them out of the back of their cars directly to their audience or they took laundry carts with rickety wheels from one record shop to another and sold a few here and there until people started to catch on. They gave parties and sold their records directly to their audience.

I know of what I speak because I was one of those rap record producers with a rickety laundry cart walking the streets of New York in the 1980’s at the very beginning of the hip hop music phenomenon, long before it became a phenomenon. In those days the rap producers and record companies were little guys trying to get their foot into the door of the music business and even the independent record distributors were nervous about handling their rap labels. I remember in 1980 being in the house of a young guy named Tom Silverman who was then running his newly formed company Tommy Boy Records from his kitchen table. I stood there watching him argue on the phone with a local record distributor who wanted to hold up payments on records already sold, for 90 days because the distributor didn’t have faith in this kind of music. Tommy Boy Records subsequently signed artists like De La Soul and Queen Latifah and became a major force in the rap business by the 90’s and was distributed and later bought out by Warner Brothers for multi- millions.

The spirit of the music was so strong that these rap music makers decided they were not willing to allow the powers that be to kill them off and I think now is the time for filmmakers to look back in history and take a leaf from the book of those early hip hop music making pioneers.

Thirty years on, filmmakers are in much better shape than those early hip hop music makers were, for the simple reason that then there was no internet. As I see it, the internet is the New Filmmaking Frontier and as filmmakers there are doors open to us that have never been open before.

I see filmmakers like pioneers crossing the American frontier in the 1800’s moving across the great plains headed towards a new place and a new destiny. Yeah I know… I heard all the arguments of conventional wisdom before. Nobody can sell films on the internet because everybody on the net wants everything for free, yadah yadah yadah… Well guess what? Thirty five years ago the conventional wisdom argued that people would never pay for cable TV if they could get TV for free. You see what time did to that argument, right? I say there are lots of ways to monetize your films and that you can lead the way as a pioneer rather than let the powers that be dictate your future as a filmmaker.

Big companies have always looked to the small companies to show them the way forward. And that has not changed. By their very nature and because of the pressure to produce quarterly profits big media companies are conservative and don’t want to take chances. Therefore innovation for them is not and never has been a priority. When something is made by a small company and it works in the marketplace, they just buy it and make it bigger. Then one big company starts to follow the other big company until it becomes what is considered the norm. Just like hip hop music or the martial arts genre movies, they were started by the small guys. So I say you can monetize your films, no matter what the voices of conventional wisdom are saying.

Case in point I just made a deal for one of my independent films. Believe it or not, I made this deal with an eBook company. When I wrote the script for the film, I also wrote an accompanying book. When I sold the ebook, I also sold the film to be downloaded along with the ebook. How much money will it make? I have no idea. But I do know that I have two advantages from the start. I get 60% more from my percentage on the sale of the eBook than I would with a traditional book company and 80% more than would be offered by a traditional film sales agent. Also I don’t have to worry about a sales agent telling me that they couldn’t sell in this or that territory because now I don’t have to worry about territorial rights because I can market and sell all over the world from one internet location. And if a foreign distributor should want to do business for a local cinema or even a chain of cinemas they can contact me directly. The bottom line is that I have to sell one third as much to make twice as much money as with traditional sources. This means I can pay my investors back and create enough confidence to go back to that investor as well as attract new investors for future film projects. Plus I also know exactly how much is being spent for promotion.

So the question now becomes, can I get my product promoted as much as if I were with a traditional sales agent or book company. My answer is yes. For one thing I can now afford to mount an internet campaign and focus directly on my product, which helps both the eBook company as well as myself by driving sales to my site. Traditional companies seem to only pump money into products they consider the favourites to win. This means any product that is projected to produce only medium level sales will be left to whither and die on the vine. The film and book companies unfortunately followed the ‘winner takes all’ mentality that came into vogue as the entertainment companies consolidated and became corporate giants in the 1980’s. This mentality wiped out the artist development element of their companies as well as lots of alternative less mass market films and left smaller budget independent films made by filmmakers like John Cassevetes or Horton Foote, or B movies made by popular by producers like Roger Corman unlikely to get distribution unless it is was on DVD.

I am not saying a few won’t get lucky. Sure, there was “Paranormal Activity.” It was picked up by Steven Spielberg and became a hit. But, that was like hitting the lottery… it won’t happen every day and you can count those occasions on one hand. Most of the independent filmmakers I know are struggling to survive on a project to project basis. But it doesn’t have to be like that. You can change the way things are being done and start a trend by looking at your product in a different way and thinking creatively about putting your product into the market by any means necessary.

All too often I think there is a kind of pretentiousness that exists among many young filmmakers that didn’t exist in the music business during the early 1980’s with the rap music producers. Nobody was telling those early rappers that they could be super sensitive prima donnas or “real artists” who deserved to somehow live above the madding crowd. I surmise that this attitude often exists because too many filmmakers have been hyped. They had been taught that there is someone they can get to take care of all of the dirty work once their film is completed and that they should then be free to relax and become the ultimate artist, walking around acting self-importantly aloof, wearing all black, drinking free champagne and being admired. After all, they have done so much work to get the film made, why should they have to sully their hands with flogging it too?

Wrong! In the words of rappers Public Enemy “Don’t Believe The Hype.” To get your film sold you have no choice but to take your product directly to your market anyway you can. I say now is the time to change conventional ideas about marketing and selling and move forward and take advantage of the new frontier with creativity and daring. And remember that the old saying that “where there is a will there is a way” still holds truer that ever.

Teddy Hayes is a real-life film maker, who has also produced and directed for TV & theatre. He is the founder of Teddy Hayes Productions and is currently launching a revolutionary intensive film course in London, UK. You can find out more at http://www.teddyhayesproductions.com.

This is an episode no filmmaker and aspiring auteur can miss! MBTV re-lives great moments from IFFM 2012 with highlights of the 4 filmmaking masterclasses. We then chat with the two of the most successful filmmakers in India – writer-director duo Rajkumar Hirani and Abhijat Joshi of the Munnabhai Films and 3 Idiots fame. Mind Blowing TV is a web series that brings you Bollywood, comedy and gags, arts and community events, short films, and lots of fun. Connect with us: YouTube: www.youtube.com Facebook: Find the Mind Blowing TV group and join the conversation! Twitter: @MindBlowingFilm Email: info@mindblowingfilms.com
Video Rating: 0 / 5

Answer by wrench
I heard he was originally a knight