Directing and making movies is a lot of fun. You can learn filmmaking in a short period of time and begin filming for fun and profit if you like. However, before you invest in an education and learn anything else about filmmaking there are 3 things you should consider.

Filmmaking is a lot of fun, like we said earlier. However, but budget are you going to set on your films? This is a question you should answer before you even start filming. Keep in mind you’ll need to pay for actors, props, directors, editors, lighting and so on. So before you invest a dollar into your film, decide on your budget so you know what you have to work with.

You don’t need the newest highest price HD camera to make a great film. However, usually the better the equipment you have, the better quality of film you will produce. Consider your computer and what kind of computer programs you’ll need for it. Make sure you invest in good editing software. You can shoot a terrible film, but a good job editing will cover a multitude of sins.

Don’t mess this one up. If you want to learn filmmaking, you should read a few books from some great film directors. They share their stories on how to come up with a good plot and it’s really quite interesting. Decide if you want a comedy, drama or action. Then pick the actors you believe will fill the roles you have written the best. Keep in mind, the plot concept can take longer than the actual filmmaking itself. Do you think Star Wars was put together over night? Not likely. Developing a plot will consist of sitting down with a pen and paper and “thinking” all over your paper. Some of the best authors and directors use this technique. You should too.

When you just start to learn filmmaking or enter a Film College, these are not ideas often thrown at you. However, you should consider these 3 concepts before you begin your film career to see if filmmaking is even right for you.

Tonight’s Films — The Most Popular Christmas Films Of All Time: #18 – White Christmas #17 – Jingle All The Way #16 – Christmas With The Kranks #15 – Bad Santa #14 – Scrooged #13 – Miracle On 34th Street #12 – Gremlins #11 – It’s A Wonderful Life #10 – A Christmas Carol #09 – Polar Express #08 – Santa Clause #07 – How The Grinch Stole Christmas #06 – A Christmas Story #05 – Christmas Vacation #04 – Die Hard #03 – Elf #02 – Home Alone #01 – Nightmare Before Christmas Rate Next Week’s Films: • Easy A — micropoll.com • The American — micropoll.com * Tweet a review with the #JPMN hashtag, and have it featured on the show! * ~~ Movie Night ~~ Incorporating your viewer comments, film critic Jonathan Paula reviews everything from opening day releases, recent DVDs, and classics from years past. Along with your votes, these films are scored on the “Rate-O-Matic” for a 1-10 ranking. New episodes published every Friday (Nov through May). Jonathan Paula is a 25-year-old professional YouTuber and creator of the hit web series, “Is It A Good Idea To Microwave This?”. He graduated from Emerson College in 2008 with a degree in Television Production and Radio Broadcasting. He currently lives in Rockingham, NH with his fiancée. ~~ Links ~~ Facebook —————- bit.ly Twitter ——————– bit.ly 2nd Channel ———— bit.ly Movie Night Archive — bit.ly Tweet Critiques ——– bit.ly Movies I’ve Rated —– imdb.to My Best Videos ——- bit.ly FAQ Video …
Video Rating: 4 / 5

Question by Christina J: What are the best books to own as future screenwriter/filmmaker?
I am very very very naive but, perspective screenwriter/film maker and I am also interested in producing. I would like to know which books would be the best to buy on these topics (and maybe just the film industry in general). I know about absolutely nothing about making a film and a little on screenwriting.

I already own two books:

Short Films 101: How to Make a Short Film and Launch Your Filmmaking Career by Frederick Levy

What a Producer Does: The Art of Movie Making (Not the Business) by Buck Houghton

Answer by Mat N
There are a lot of great resources out there for a beginner. The first thing I’d do is sign up for a free subscription to DV Magazine (www.dv.com). Some essential books would be:

Shot by Shot: by Steven Katz
Complete Guide to Low-Budget Feature Filmmaking: by Josh Decker
Screenwriter’s Workbook: Syd Field (any of his books on screenwriting are great)

There are tons more, but that should give you a decent start. Another great item if you have the money is the Digital Cinema Filmmaking Course DVDs. They give one of the most complete looks and guides to making a film from writing to post production.

William Joyce film "Rise of the Guardians" to receive award
In February, Joyce and Brandon Oldenburg, co-founders of Moonbot Studios in Shreveport, brought home the golden statue for Best Animated Short Film for “The Fantastic Flying Books of Mr. Morris Lessmore.” According to Joyce, the Hollywood Animation …
Read more on Shreveport Times

This is not the sensationalized program aired on CBS in 1993 which depicted Noah’s Ark protruding from the ice on Mt. Ararat. That program was later shown to have been based on falsified stories, myth, and bogus documents. According to archeologists and scholars, this is the real Ark site. Here is the evidence, including photographs and film footage, to prove it. With the aid of aerial reconnaissance, technologically advanced sensing devices, controlled chemical analysis and strict archeological field work, this program presents the evidence that suggests scientists have indeed found the final resting place of Noah’s Ark as described in the Bible and the Book of Genesis. Includes photos, video, physical evidence and interviews with researchers. Discovery of Noah’s Ark – The Best Evidence, NOW on DVD in a New Extended 2-DVD Special Edition — Includes 2 separate presentations: Discovery of Noah’s Ark and Noah’s Ark Found? Cat# K458 – Go to www.UFOTV.com.
Video Rating: 4 / 5

A few best filmmaking book products I can recommend:

Toronto Film Festival Preview: Oscar Season Starts Now
Only the best of the best and bets are safe that one of these films is likely to be this year's Oscar Best Picture. … Stephen Chbosky wrote the screenplay and directs the film based on his bestselling book about coming of age in early 1990's …
Read more on Movie Fanatic 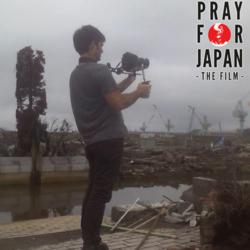 On the heels of its successful theatrical run with AMC Theaters in North America and Cinem@rt in Japan followed by over 50 screenings across the globe, worldwide sales rights to filmmaker and manga publisher TOKYOPOP founder Stu Levys PRAY FOR JAPAN have been acquired by Australian based sales agency Odins Eye Entertainment (OEE).

The first distribution deal under the arrangement is for full coverage of Video On Demand via cable, satellite and online outlets in the United States and Canada, available immediately. Further, the Pray for Japan DVD and Blu-Ray will be available through BayView Entertainment.

In addition, Levy is working with Tugg, Inc. (Tugg), a web-platform that lets audiences bring the movies they want to their local theater, to launch the films community-based Host-a-Screening Program in the United States. Through Tuggs innovative online system, any individual or organization can host a screening of the film in their local movie theater. Non-theatrical screenings and theater bookings outside the USA are also supported directly via the Pray for Japan website (http://www.prayforjapan-film.org).

Continuing with the films not-for-profit mantra, all producer profits will be donated to Japan-based charitable organizations working in the devastated Tohoku region.

Filmmaker Stu Levy said, “Its exciting to initiate Phase 2 of the Pray for Japan distribution plan and to do it in such an innovative way with these great partners. The recovery in Tohoku will take years, and the rest of the world needs to pay attention so we can learn from the successes and mistakes. And, of course, our films message of compassion, selflessness and hope is a life-affirming one that never becomes irrelevant.”

OEEs Michael Favelle said: Pray for Japan is a remarkable tribute to the resilience of the Japanese people. We are very proud to be involved in this important work.

Please see http://www.PRAYFORJAPAN-film.org for a list of all ON DEMAND outlets, screenings, and DVD availability.

PRAY FOR JAPAN concentrates on four key perspectives of the tragedy School, Shelter, Family, and Volunteers. With each perspective we meet victims who faced significant obstacles and fought to overcome them. Through these four vantage points, the audience is able to understand the vast ramifications of this large-scale natural disaster and the battle these real-life heroes fought on behalf of their loved ones and their hometown. The film is an entirely non-profit endeavor.

Stu Levy is an international entrepreneur, producer, director and writer across mediums including graphic novels, film, television and new media. Founder of the pioneering media company TOKYOPOP, Levy is known for establishing the manga market in North America. Levy has directed two feature films, his feature documentary PRAY FOR JAPAN and his award-winning feature debut VAN VON HUNTER, and the 8-episode docu-reality series Americas Greatest Otaku. His first major studio feature film as Executive Producer was PRIEST, released theatrically worldwide in 2011 through Sony Pictures. As a producer, Levy has a number of live-action and animated feature films and television shows in various stages of development, including adaptations of his graphic novels Princess Ai and Juror 13. Fluent in Japanese, Levy also serves as chair of the Producers Guild of Americas International Committee and was previously a Board Member of its New Media Council.

Established in 2006, Odins Eye Entertainment (OEE) is an Australian based Sales Agent, Distributor and Production company. OEE represents and distributes an eclectic mix of Feature Films, Documentaries and Television properties.