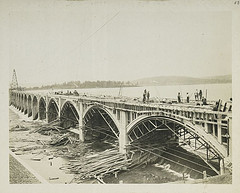 A contract is usually discharged when both parties have performed all of their obligations under the agreement and thus both parties have fulfilled what they promised to do at the very outset of the contract. There is a distinction to be drawn between the discharge of a valid contract and the ways in which invalid contracts come to and end. This article assumes that a commercial contract has been properly formed and one of the parties wishes to terminate the contractual relationship.

Bring a Contract to an End

There are four ways in which a contract may be discharged.

Discharge by performance is where both parties to a contract have performed all their primary obligations under the contract, including all express and implied terms. There are three elements required to be satisfied to say, at law, that performance is complete.

Each of the parties is required to perform their obligations under the contract with perfect precision. Any deviation from the contractual obligations will amount to a breach of contract. In the case of Bolton v Mahadeva (1972), it was held that a contractor could not claim payment for a central heating system which did not work properly as it did not fulfil the primary obligation of heating the house. On the other hand, sometimes performance is not strict and the obligation is not to achieve a specific result, but merely to exercise reasonable care and skill.

Where a contract requires strict performance there are circumstances in which the law will allow payment for part performance of a contract or incomplete contracts on a quantum meruit basis which enables the party performing to get paid fair and reasonable remuneration for their work where:

(i) the contractual obligations are divisible, payment can be recovered for the obligations completed.

(ii) partial performance has been accepted by the other party.

(iii) the other party prevents complete performance by a party ready willing and able to perform.

(iv) a substantial part of the contract has been completed.

Tender of performance takes place when a party attempts to perform their primary obligations under the contract and is prevented from doing so by the other party. It is this that discharges the parties’ obligations. Where a party tenders performance which is refused by the other party, they may sue for breach of contract. Where a party tenders payment, the obligation to tender payment is discharged, but the debt itself is not, so even if payment is rejected, the party is still obliged to pay.

A contract may be discharged by agreement in various situations:

However, where one party still has performance obligations under the contract, for the agreement to be legally binding there must be either:

(i) A deed releasing the other party from their obligations; or

(ii) A separate agreement supported by new consideration (‘accord and satisfaction’); or

(iii) The Doctrine of Promisory Estoppel must apply, that is to say where a promise is made, intended to be binding and acted upon, the court will uphold the promise.

It is always open to parties to agree to variations of a their contractuals arrangements. This is put in place by executing a new agreement which supplements the first (rather than entirely replacing it). In some circumstances, the original contract may be discharged in its entirety and replaced with a completely new contract. In either of these circumstances though, the existence of a separate agreement must be proved. Accordingly, it should be in writing.

A contract may be discharged by a condition subsequent which is a stipulation of a state of affairs which causes existing contractual obligations to come to an end. The state of affairs does not necessarily have to be out of the control of the parties.

An anticipatory breach of contract may be either explicit or implicit. Such takes place where one party expresses an intention by either not performing their obligations under the contract or performing them in a way in which is inconsistent with the original contractual terms. In these circumstances there are a number of options available to the innocent party. They may sue for damages as soon as the anticipatory repudiation occurs, there do not need to wait for the date of performance.

The option of accepting the repudiation or terminating the contract is not available where the innocent party requires the cooperation of the other party to perform the contract or if they have no real interest at all in performance of the contract.

Discharge by frustration occurs where it is impossible to perform the obligations under a contract due to a subsequent change in circumstances. It is the nature of the obligations which must have changed.

The modern test for frustration is outlined in the case of National Carriers v Panalpina (1981). Frustration occurs when ” .. there supervenes an event (without default of either party and for which the contract makes no sufficient provision) which so significantly changes the nature (not merely the expense or onerousness) of the outstanding contractual rights and / or obligations from what the parties could reasonably have contemplated at the time of its execution that it would be unjust to hold them to the literal sense of its stipulation in the new circumstances.”

Frustration may occur in a number of situations:

The Doctrine of Frustration will not apply when:

a. simply because an inconvenience has been caused, there has been an increase in expense or loss of profit. In Davis Contractors Limited v Fareham UDC (1956), it was agreed that a council estate would be built at a fixed price, but due to bad whether, strikes and shortages there were delays and the estate was built at a loss. However, it was held that the contract was not frustrated.

b. the contract contains an express provision (force majeure clause), dealing with such eventualities.

c. frustration is self-induced and one of the parties had a choice regarding performance.

d. the event was reasonably foreseeable by either party as at the date of the agreement.

We have set out the fundamental ways and means by which a contract may be brought to an end. Professionally drawn contracts may contain other means by which the contract may be brought to an end without suffering loss, such removing any rights to damages or recovery for loss, providing for termination for convenience of a party, warranties that presuppose a state of affairs as at the time of the contract that has not eventuated. Moreover, damages claims may be limited to specified sums or avoided in their entirety provided the innocent party does not fulfill their duty to mitigate their loss in the circumstances.

Gillhams Solicitors are a UK law firm based in London advising on contract law and breach of contract disputes to international business. Our solicitors specialise in commercial law and have provided legal advice on contracts spanning an array of industry sectors and subject matter.

Smarter Every Day Collaboration video: youtu.be The Veritasium treatment of the final transit of Venus this century. The weather behaved for some key moments allowing me to observe Venus passing across the disk of the sun. The transit of Venus is steeped in historical significance. Observations of the transit in 1769 led to the first really accurate calculation of the Earth-Sun distance (or one astronomical unit AU). Since Cook was in Tahiti he then mapped the East coast of Australia and parts of New Zealand.
Video Rating: 4 / 5

Apologies for bad sound I recorded this in a hotel room but felt this video needed to be made and I hope that it helps a few of you.

Answer by G-gal
There is no contract, it’s up to the Democrat party how they choose a nominee, the states went against the Democrat party rules, after having been warned. As a resident of Michigan are legislature and Governor knew what they where doing and just didn’t care.

A few contracts products I can recommend:

Today you still hear about software bugs that have huge negative consequences such as the one that kept Nasdaq at a standstill during the Facebook IPO or the flaw in a routine upgrade that knocked the Bank of Scotlands entire system off-kilter on June 25th. All this should not happen and it is not a fatality. The use of good methodology and tools can protect developers and the companies that employ them from these malicious threats. Providing tools that allow their customers to produce bug-free applications has been the purpose of Eiffel Software from day one. The company has a track record of satisfied customers in the areas of finance, health, defense .They built their applications with EiffelStudio and these applications have been running flawlessly 24×7, 365 days a year for years. EiffelStudio 7.1 continues in this direction.

Making sure that with EiffelStudio developers have all the tools and features they need to produce bug-free applications has been the companys goal for over a quarter of a century, says Emmanuel Stapf, Head of Engineering. Our customers have praised us for this advantage and we are pleased to see that the market is evolving in that direction. With EiffelStudio 7.1 and the improvements we have made, our customers can produce bug free applications and they can produce them quickly. There is no performance penalty for producing quality software.

We are proud to provide the software community with a way to produce bug-free applications easily and efficiently and to never have had a customer making the headline of the press for an Eiffel related bug in their software since the company started in 1985, says Greg Soulages, Director of Sales for Eiffel Software.

The newest version of EiffelStudio is available for download.

EiffelStudio is based on the Eiffel programming language, the most extensive implementation of O-O concepts, standardized through ECMA and the International Standards Organization. Its core concepts, native only to Eiffel, such as Design by Contract, multiple inheritance, genericity, conversions, agents, void safety allow developers to write high quality applications that are easy to maintain. EiffelStudio, which received the prestigious ACM Software Systems Award, is used by developers and design-team leaders in challenging enterprise environments in the financial, insurance, manufacturing, health, and government sectors.

Eiffel software, http://www.eiffel.com, was founded in 1985 with the mission of developing compilers and tools based on the power of pure O-O concepts to improve programmers’ productivity, lifecycle efficiency and quality of the resulting applications. For over twenty-five years Eiffel Software has produced the most cost-effective and advanced development tools on a large variety of platforms. For more information, contact us or call +1-805-685-1006.

Product or company names mentioned herein may be trademarks of their respective owners.