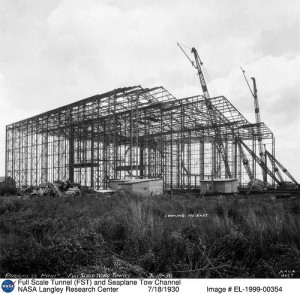 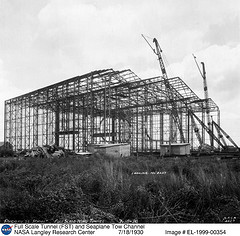 Coming up with a dollar amount to plug into your movie budget to pay for professional video masters (Digital Betacam) of a completed film and trailer will depend on a filmmaker’s final outlet goal for their movie. If your goal is to land a deal with a distribution company having professional video masters done is an unavoidable expense. You cannot sell your movie without film contracts being signed and masters being delivered.

You can get quotes by calling around to video facilities or post production houses asking what the cost would be to have a Digital Betacam master (NTSC and PAL) made of your movie along with a 100% Quality Control Report. Film and video transfers work great if you shot on 8mm, Super 8, 16mm, or 35mm. The facility will need to know the final running time of the movie even if you haven’t shot or finished editing your movie yet. The earlier you can get an estimate on what this will cost, the better. This will help make your final movie budget bulletproof.

A good rule of thumb is to estimate a 90-minute running time when asking for a quote on video mastering with a QC report. When you receive the best quote include that amount in the budget. Self-distributing your movie allows more flexibility in creating video masters, which reduces your post production expenses. For filmmakers without technical resources to produce a quality master in-house that will be used to author, dub and replicate DVDs of their movie a video facility or post house will still be needed. But unlike with a traditional distribution deal you won’t have to worry about the expense of having a Digital Betacam master (NTSC and PAL) done accompanied by a Quality Control Report.

Now more and more filmmakers have in-house home computer systems with the technical capabilities to edit, DVD author, and burn their own store ready DVDs on NTSC or PAL formats. In essence it can be seen as a microcosm of how large Hollywood studios work to get a film to consumers. Filmmakers that have this ability save money in post production.

It is worth mentioning that with a traditional distribution deal in-house DVDs created by filmmakers are rarely the final DVD that is released for sale by the distributor. They prefer to use digital masters to author their own DVD so they can include their company logo and other film trailers. Other filmmakers are embracing the attitude their films are going to be only offered instantly through a digital download. There isn’t a desire to have their films available on DVD. This lowers post production costs by reducing the need of having a Digital Betacam master.

Digital distribution gives independent filmmakers power to control how their work is distributed and sold online. They can make their movie available for instant download to viewers around the world. Many business savvy indie producers are making money by selling movies directly to consumers without the assistance of traditional distributors.

A key to their success is SEO movie marketing techniques that give their film a strong online presence, while increasing visibility with films fans in different genres. Using search engine optimization (SEO) tactics to generate traffic and create a fan base for your movie is the only way to market effectively with little or no budget. Learning to create an Internet buzz about your movie will get your film seen and sold online. This is indie filmmaker Sid Kali typing JUMP CUT:

CONTRACT, a 79-minute docudrama film explores aspects of the African Diaspora, history and culture that are not widely known or are normally overlooked in mainstream, popular and scholarly discourse. CONTRACT tells the compelling story of two African countries (Cape Verde and São Tome and Príncipe) forever linked by a history of poverty and slavery, and two people forever linked by the unbreakable bonds of family and love. It tells the story of Cape Verdean indentured servants who left their homes for a better life only to be bound by “contracts” that won’t ever be paid off. The film, at its heart, also documents the filmmaker’s journey to reunite his uncle, an indentured servant as well, with his family, 44 years after leaving home on a contract. This film is not only a powerful emotional experience, it is an in-depth look into the past and the legacy of slavery. It’s an intense journey not only for the contract workers, receiving 10 cents per day and a life retirement from the São Tomé and Príncipe government, but also for the filmmaker who returns to his roots in the making of this film. CONTRACT, was filmed in the Cape Verde Islands, São Tomé & Príncipe, Portugal, and the United States. With archival materials and discussion from Professor Dr. Noam Chomsky, Dr. Richard Jr. Lobban, Dr. Peter Mendy, Filmmaker and Writer Ike Karnick and others, footage includes interviews with artists, historians, and contract workers providing reflections on the history, people …
Video Rating: 5 / 5

Answer by Anita Boxabiskits
If assets are still flowing into the estate, then it is not the end of probate.

Weekend Box Office: 'Madagascar 3D' Bests 'Prometheus,' Solid Results For Both
“Madagascar 3D: Europe's Most Wanted” took the crown in a fashion similar to the first two films in this series, because it is a CG-animated kids film with talking animals, and you have to purposely run a terrible ad campaign to not make money in that …
Read more on Indie Wire (blog)

Opening scene from The Draughtsman’s Contract – one of the greatest film ever made. A work ingeniously conceived through deep inspiring senses and forms of Art. www.imdb.com en.wikipedia.org
Video Rating: 4 / 5

Check out these film contracts products:

Exclusive: Spider-Man Producers Tease Venom Storyline, Avengers Crossover
So would the plan be to merge this Venom with Andrew Garfield's Spider-Man in a later movie? “All things are possible someday,” Tolmach carefully implied, which come on, almost definitely means they haven't signed the contracts yet but are planning it.
Read more on Crave Online

The Film was produced at PR Video Studios for Rent My Vacation Home dot com. The film was made to show how a vacationer can book a Home the same way as a Hotel or Motel.The filming took several weeks and the clip really explains how this type of service works.

The title is Rent Direct and Save. There is no middleman and the vacationer saves. The film lasts around 2 minutes and ends with the vacationer on a date with a homeowner.

Rent My vacation home has over 30,000 followers on Facebook and enables a free trial for Homeowners to rent. The site features so much that it is suggested to watch the video attached.

The site has over 83 web sites that are controlled by one form. This is the largest network of vacation homes in America. One of the best things is every home goes through the address verification system so homeowners know who made the listings. Please watch the attached video at http://www.rentmyvacationhome.com/ and attached.