“Acting: An art which consists of keeping the audience from coughing.” – Ralph Richardson

Picking a film school can be a very hard decision, and since movie making is always very expensive, not a cheap decision either.

If you’ve clicked on this article title link and you’re a budding filmmaker, chances are you want to go to school for it, if you’re not already there. And if you’re not there yet, but want to get a great film education, there are hundreds of choices to choose from. One is better than other. I will give you my own insight into what I found when searching for a Film School, both online and offline.

First and foremost, you must decide what is your passion and what kind of film you want to make or work in. If you’re a die-hard artist and want to work in the independent film scene, or just as a movie artist, there are a so many choices for you.

Let’s start by looking in New York. They have the most developed art scene for film, and great schools to boot. Do some research into the schools, and see how they are rated against others in the field you’re looking at. Chicago is also good choices if money is a large factor in your decision. But here you must know the hard reality: a good film education will cost you, it’s just a fact of life.

Now, if you want to direct your skills towards Hollywood, there’s really only one place to go if you really want to make it: Hollywood. Los Angeles and its surrounding cities have hundreds of two-year film schools for you to take on. They don’t cost a lot, and you can get lots of hands on training and project work. However, usually you won’t get too far with a two year education. As per my knowledge goes, you often need a 4 plus year education.

The two best schools that I know of in Los Angeles for this kind of in-depth film degree are offered at USC School of Cinema – Television, and Art Center College of Design. USC (University of Southern California) is comparatively easier to get into, but you don’t even get to touch a camera until your junior year! Art Center is VERY hard to get into, but you start film work right away.

There is really only one trouble with these schools too: they cost an arm and a leg. But they also have numerous contacts with LA based studios to help you get a job right out of school. That’s more important.

Coming to online film schools, you can find not less than couple of thousands on the globe. Some of them providing very nice video training in the form of DVDs along with lot of textual information. Just search with your requirement on google, it will give you loads of pages.

Well, if you want to get online education it’s very easy and instant. Only question is what will you do after learning all the theoretical education? You need to develop contacts and networking related to your chosen field. It’s not that easy but there are many filmmakers, artistes and technicians who got their basic film education online proved at film festivals as well as bagged awards. Direct film schooling or online, either way it is possible. You must be that passionate in learning things and realize your dreams.

Manohar Chimmani lives in Hyderabad, the fifth largest city in India. Writing and Filmmaking are his passions. Internet Marketing is his hobby. He loves the creative outlet and freedom his hobbies and passions offer. He likes to live life on his own terms and run his own race. Here’s how he Makes More Money and Makes Movies: http://www.growrichsmart.com

Manohar Chimmani lives in Hyderabad, the fifth largest city in India. Writing and Filmmaking are his passions. Internet Marketing is his hobby. He loves the creative outlet and freedom his hobbies and passions offer. He likes to live life on his own terms and run his own race. Here’s how he Makes More Money and Makes Movies: http://www.growrichsmart.com

Anand Saigal Rajesh Khanna an unusual interesting man who lived what remained of his life fully completely. Treating every living moment as magic every minute a miracle every hour a gift. A man whose life inspires his friend Dr. Bhaskar Banerjee Amitabh Bachchan to write a book that wins the coveted Sarasati Award.A terminally ill cancer patient Anand walks into Dr Bannerjees life just when he is about to sink into cynicism. Anands selfless boisterous humerous non stop chatter changes everyone around him. His attempts to get the tongue tied Dr. Bhaskar to admit his love for Renu the schoolteacher. His refusal to stay in bed and be treated like a patient. His metaphorical search for Murarilal his so called long lost friend his total commitment to live for others and not wallow in self pity. These are very sensitively brought out by one of Indias finest directors of Hindi cinema Hrishikesh Mukherjee. He teams up with Gulzar as lyricist and dialogue writer to give us some of the best lines in Hindi cinema and some hauntingly lovely songs. It plays on your heartstringa but in the end you will agree Anand lives.

Blackmon: Now is perfect time to get involved with public schools
Film crew takes over George Dean's downtown … Back in 2009, upset about the prospect of losing first-grade paraprofessionals in Clarke County schools, I decided to volunteer at Timothy Road Elementary School, which serves my neighborhood. We were …
Read more on Online Athens

‘Taal’ is a classic romantic movie about Manav (Akshaye Khanna), a young and dazzling son of an NRI billionaire (Amrish Puri), who comes to Chamba (Himachal Pradesh) for the first time with his family. There he sees Mansi (Aishwarya Rai), a gifted folk singer and dancer, who flatters him with her beauty. They both fall in love eventually and commit to each other. But one day, when Mansi along with her father Tarababu (Aloknath), who is a highly respected folk singer in Chamba, visit Manav’s family in Mumbai, they are insulted and thrown out of the house. Infuriated, Mansi vows that she will become someone to reckon with in Manav’s world of ruthless materialism. Mansi meets Vikrant (Anil Kapoor), a music composer and the owner of an entertainment company. She joins him and transforms into a successful singer and dancer. Manav traces Mansi’s rise to fame and Vikrant helps her achieve it, falling in love with her in the process. Will Mansi be able to get back with Manav? Or will Vikrant be the love of her life?
Video Rating: 4 / 5

A few online film school products I can recommend: 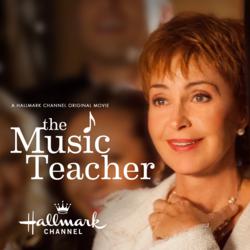 The Music Collective, a full-service music production company created by Alan Ett Music Group, is releasing the official soundtrack to Hallmark Channels new and first-ever movie musical drama, The Music Teacher, on August 7. The soundtrack will be available via digital distributor BFM Digital on all digital music services.