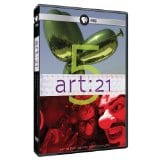 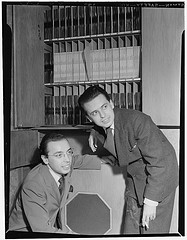 Since centuries we have seen the tremendous amount of growth in the film industry. We have seen thousands of movies which have been made by the most reputed film producers who possess an excellent art of film-making and are well aware about everything which the people want to see while visiting a cinema theater.

Today, I would like to provide you a list of all the qualities that the best film producers of today possess. I sincerely hope that inculcating these qualities in yourself can definitely help you in becoming the most successful film-maker.

It is commonly believed that in order to become a good film-maker the most important thing you need is a thorough knowledge of film-making and the entertainment industry. But, this is not true. You need to possess certain qualities that would make you different from the crowd. The very first quality of an efficient film-maker is organization. If you wish to make a film, you need to be extremely organized in your work. You should keep an account of almost every act of yours. You need to be extremely alert about everything happening around you. You can easily inculcate this quality in yourself by reading tips mentioned in popular books like “How to Get Organized When You Don’t Have The Time,” by Stephanie Culp and many more books. You can also surf the internet for websites that provide you complete information about the ways of getting organized in life. The second most important quality you need to have is the ability of quick decision-making. Whatever planning you might have made, there are times when certain last moment changes need to be made in the shooting schedule. Under such situations, you should be well capable of taking the correct decision that would help in preventing any kind of delay in the process of film-making.

Another important quality you need to have is the art of negotiation. During film-making you need to negotiate for almost everything such as the equipment, the crew, the film stock etc. By negotiating you can easily save a lot of your money which can then be utilized for other important aspects of film-making. If you wish to become a successful film-maker, you also need to be diplomatic person because a film shoot can easily evolve into a playground for the quarrels between the people working on the film. The last but definitely not the least quality you need to have is loads and loads of energy. You need to build your health in order to undertake all the tight shooting schedules that are involved in film-making.

All the successful film producers we see today have also put in tremendous amount of hardwork in order to attain the position they hold today. Becoming a successful film-maker is not that difficult as it is believed to be, the only thing which is important is that your skills should be extensively groomed up and you should possess an extreme dedication towards making films. You should take every necessary measure to ensure that your film is well capable of entertaining the crowds.

Ron Stellar writes for IamAnArtist where you can read more about Film Producers and the related topics.

Ron Stellar writes for IamAnArtist where you can read more about Film Producers and the related topics.

bit.ly – Click to Subscribe! Facebook.com – Become a Fan! Twitter.com – Follow Us! Metal Gear Solid could slither onto the big screen now that it’s found a producer, but will it ever get made? That’s usually the conundrum surrounding video games as they try to become movies. And the beloved stealth action video game Metal Gear Solid is no different…until now…welll maybe. Sony confirms development is actually underway on the Metal Gear movie with Spider-Man producer Avi Arad attached to produce. The former chairman and CEO of Marvel Studios, Avid Arad is no stranger to the world of spandexed crimefighters with classic comic book adaptations like Sam Raimi’s spider-man trilogy and X-Men under his belt. But his track record definitely gets a little spotty with releases like The Fantastic Four and Elektra. Most recently Arad produced Marc Webb’s take on scrawny Peter Parker, The Amazing Spider-Man which has scored a solid 0 mill at the worldwide box office…plenty to justify two sequels which he will also produce. But judging from the big Metal Gear solid movie announcement at the game’s anniversary event in Tokyo, Arad wants to use this flick to segue into game-centric cinema. Arad assured Metal Gear fans he’ll do Snake justice saying “For many years I fought to bring comics to theaters. Comic books are now the biggest genre in cinema, and video games are the comic books of today… We will take our time and tell the story with all the nuances, ideology, cautionary …
Video Rating: 4 / 5

Question by Drew M: How does one become a film producer?
I’ve heard conflicting answers from people saying that a degree in Business, Marketing, Mass communications is required and many others say no degree is required, just an internship/assistant job for a producer/studio is needed to gain experience.

What are the steps to becoming a film producer?

PS: I’m already an established screenwriter and am currently in negotiations with a major film studio to turn my optioned work into a feature film (just to let you know that I have somewhat of a connection in the industry).

Isn’t it past your bedtime?

Hats off to actors who work with newcomers: Preity Zinta
As a producer I had first decided we will make it as a small budget film when we were developing our script; one day Prem told me I have to be part of it. I refused. Later, I thought about it and agreed," she explained. After acting in about 35 films …
Read more on New York Daily News

Entourage’s Harvey goes off on the crew.

Check out these film producer products:

[BD Review] 'Separation' Is A Home Invasion Film With Some Hallucinogenic …
Separation combines elements from multiple subgenres to make a home invasion film with a little familial drama and hallucinogenic madness. For the most part, it succeeds at what it's trying to do. The tension and sense of dread ratchet up as the family …
Read more on Bloody Disgusting

The first episode of a new web series, Taste Test, was launched today on the Internet, comparing Mitt Romney and President Obamas policies. The Candidate Taste Test preview can be viewed at http://www.youtube.com/watch?v=4a9mNsWZBKk.

The campaign will include social media components, a large Facebook ad buy, Google ads, YouTube, Display ads and some cable ads. This will be part of an $ 8-10M social media campaign that rightchange.com will be running in key swing states for the 2012 cycle.

Candidate Taste Test offers the viewer a comedic relief to the intense political climate while informing voters of the difference in policies between the different Presidential candidates for this election. Obama has been criticized for not delivering on his promise to fix the economy and for pitting Americans against one another. This is all highlighted in the video.

Each Candidate Taste Test episode runs one to two minutes in length and will be produced as events of the day dictate. The series will hit on various issues affecting the American public as well as where President Obama and Mitt Romney stand on them, but provides these issues in a satirical fashion.

The episodes are produced by RightChange.com, an organization founded in August 2008 that is committed to supporting policies and candidates dedicated to fiscal responsibility and a strong national security for the United States, while upholding the principles of freedom, competitiveness and entrepreneurial spirit of the American people.

Right Change wanted to showcase the difference between Mitt Romney and President Obama. Romney is providing detailed plans for fixing our economy while Mr. Obama is providing speeches and vague goals, said Steve Sanford, executive producer of Right Change. We wanted to present this comparison to people in an entertaining way that will inform independent and conservative voters what they should expect of our current and future leaders.

Candidate Taste Test, is timely to the American public given the fact that Obama made his acceptance speech to the DNC last night where he, yet again, failed to provide details on his plan to deliver on the promises he made in 2008. He asked Americans to give him a little more time to fix the economy despite the fact he promised to have it done in four years, said Sanford.

RightChange will be releasing more episodes in the coming weeks explaining how President Obama has done a better job at giving us speeches than leading on policies that will grow our economy.

To view other videos produced by Right Change visit dontbeadonkey.com for more details.

Sanford continued: RightChange.com has built a powerful technology platform, assembled a super-creative group of content producers and has rapidly grown to more than 2,787,000 active Facebook followers in just a few months.

Founded in August 2008, RightChange.com, Inc., is committed to supporting policies and candidates dedicated to fiscal responsibility and a strong national security for the United States, while upholding the principles of freedom, competitiveness and entrepreneurial spirit of the American people.

RightChange is a new generation of conservative film, Hollywood, TV and technology professionals who are bringing a new approach to a predictable political methodology. Operating as both a 527 and a 501(c)4 organization, RightChange is illustrating just how significant and effective the use of cutting edge video content blended with social media web platforms, can penetrate voters with targeted and cost-effective relevant messaging. We use animation and non-traditional production techniques to provide independent and conservative voters with something more than the traditional political sound bite that is sometimes ignored.

RightChange.com, Inc. will continue to produce videos that engage the American people on the government agenda that is affecting key policy issues facing the entire country moving into and throughout the 2012 Presidential cycle.