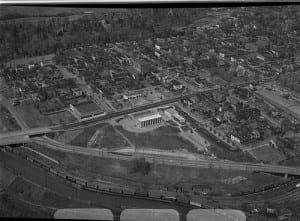 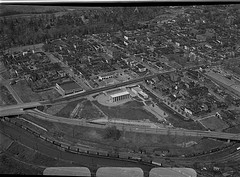 It’s a bit unfair to say that film does not exist outside the stunning walls of Hollywood and New York City – at present, key cities in Florida have been launching pads for upcoming filmmakers in the country. Florida film schools are thought of to be among the best in the country, primarily because of the terrific climate and setting of the Sunshine State.

If you have ever wanted to see your name in the credits of the next blockbuster movie or have been practicing your Academy Award acceptance speech for so long now, then there is no better place to learn the art of filmmaking than in Orlando, the home of Universal Studios and Disney World, or Miami, the home of such great films and television shows as Scarface and Miami Vice.

In Florida, there are many conventional and non-traditional film schools: the Miami Film School, Florida State University and the Film Connection, among others. If you are someone who wants to pursue a career in directing, producing, screenwriting and general filmmaking, then you should attend one of these schools.

Florida State has one of the best film programs in the United States outside of California and New York. While the school is reputable, however, no studio really cares where you went to school. For example, enrolling in FSU is a long-term and costly option – with this, several people are forced to take alternative Florida films schools.

In Hollywood, there stands proud the Miami Film School. Hollywood, Florida. It’s one of the academies that uses the very effective hands-on method. Students work in classes of about 12 and create student films together. Additionally, the program isn’t that long – with others feeling that it is not enough – with only 21 4-hour sessions in it.

The Film Connection is yet another wonderful alternative for the up and coming filmmaker. The recognized “Mentor-Apprentice” program at the Film Connection provides you with an education in film like no place else can.

This program permits you to be under the tutelage of a mentor, with a real movie studio as your learning setting. Not only do you receive the ultimate hands-on education in filmmaking as you work alongside professional filmmakers but the network that you establish on the set are the ones that will get you work in the business.

Remember the following though: Florida and the four-year courses in its renowned colleges are highly praised – but they will not guarantee you of a career in filmmaking. Alternative schools, though as not renowned as the four-year courses, are a better alternative because they provide you with the needed experience and will help you find work.

In his latest video, Haje tackles what he sees as the most important part of any film project – the lighting.
Video Rating: 4 / 5

Hollywood Shuffle “Sneaking in the Movies” n’ Sh$ t Hollywood Shuffle is a comedy film released in 1987 that satirizes the stereotyping of African Americans in both film and television. It was directed and produced by Robert Townsend, and written by Robert Townsend, Keenen Ivory Wayans, and Dom Irrera (uncredited). Comedians featured in this film include Robert Townsend, Keenen Ivory Wayans, Damon Wayans, Dom Irrera, Don Reed, and John Witherspoon. Many of the cast and crew later became involved in the Fox TV sketch comedy series In Living Color (1990-1994), and the style of humor is similar Hollywood Shuffle was produced on a very tight budget. Townsend personally financed the movie with his own credit cards, and, in order to avoid obtaining permits, he asked his crew to wear college sweatshirts to pose as students. The film’s trailer (included on the MGM DVD release), which is hosted by Townsend, jokes about the lack of funds. As the trailer ends, Townsend begs the audience to see the film as the set’s furniture is repossessed. The trailer ends as Townsend is forced to use a disposable lighter when the electricity is turned off. .
Video Rating: 4 / 5

Question by Kathy H: Is Columbia College Hollywood at good film school?
If anyone has attended or knows anything about this film school, I would love to hear what you think about it.

Answer by RoaringMice
It’s okay. Definately not one of the better film schools out there, but not worthless. Going there, you’re likely going to get that first job out of school based on your own portfolio and internship/co-op/work experience, and not on the rep of the program you attended.

It’s accrediated in such a way that your credits may not transfer, should you choose to transfer. Be aware of that. It’s a career school, which limits the mobility of those credits.

Those can be kind of hard to get into, because they are among the best in the world. But one that’s easier to get into, and is still a strong program, is at the Academy of Art University, in San Fran.

This is a short film I directed at the Los Angeles Film School in Hollywood in 2008. It was my first midterm project and I loved directing it. The story is about abortion and the end of a love relationship, and for those of you who noticed, I intentionally switched the dialogue between Jig and The American. It’s from 3:39 until 4:15. This is my personal choice as is the leaving out of some of the original dialogue just as Hemingway left out of the word “abortion” in his story. I hope you enjoy the adaptation.
Video Rating: 4 / 5 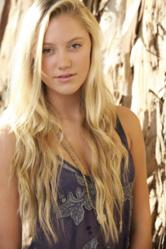 Santa Barbara native Maika Monroe is a rising Hollywood star. She just finished shooting the new Jason Reitman film Labor Day opposite Kate Winslet and Josh Brolin. Next month her first feature film, Rahmin Bahranis highly anticipated At Any Price, where she stars opposite Zac Efron and Dennis Quaid as Efrons love interest, will premiere at the Venice Film Festival. However, what people may not know is that this young Hollywood beauty is also a rising star in the extreme sport of kiteboarding. As a professional kiteboarder, Monroe has traveled the world training and competing. But her favorite spot remains Cabarete – an eccentric little kite and surf town on the north coast of the Dominican Republic. In 2010, at the age of 17, Maika decided to forgo her senior year of High School in favor of online studies so she could move to Cabarete and train full-time and take her kiteboarding to the next level. When not on the water, Monroes favorite activity is spending time with Cabaretes children. As a result, Maika became passionately involved with a local charitable organization – Kiteboarding 4 Kids (KB4K.org). KB4K holds an annual fundraising event and kiteboarding competition where proceeds go to local charities benefiting disadvantaged children.

“When I was living in the Dominican Republic the local kids became a part of my family, said Maika Monroe. They were always there on the beach to help me when I was training. Each time I returned from the U.S., I would bring them board shorts, baseball mitts and used kite gear that my family and I collected in Santa Barbara. Once I learned about KB4K, I knew I had found the perfect organization to combine my passions for kiteboarding and children – and to make a difference on a whole new level,” concluded Monroe.

Monroe has teamed up with the 2012 title sponsor – SOLOSHOT – for this years competition happening August 17-19 in front of the Millennium Beach Resort. SOLOSHOT is the first and only automatic cameraman that allows professional and amateur athletes to get video of their sessions at distances up to 2000 ft away, with no camera operator, by automatically keeping a tripod mounted camera pointed towards the athlete. Monroe credits SOLOSHOT, whose co-founder Chris Boyle is Monroes kiteboarding coach and a Cabarete resident, with helping her perfect her kiteboarding skills.

SOLOSHOT is such a brilliant idea and an athletes dream, said Maika Monroe. It has given me the ability to film myself training without anyones help its perfect because I can go to the beach, set up my SOLOSHOT, and not have to rely on anyone to stand there and film me from the beach for hours. My mom or a friend can just relax while SOLOSHOT does all the work. When I can finally spend some time away from Hollywood and concentrate on training, I know SOLOSHOT will be a big part of helping me get to the elite competition level. It is also cool that Chris and my friends at SOLOSHOT are sponsoring KB4K this year, as we all try to give a little something back to such a beautiful place that has given so much to us, concluded Monroe.

Soloshot Inc. designs and manufactures SOLOSHOT in the USA. SOLOSHOT is a tripod base that communicates with a small waterproof transponder worn by the subject to automatically keep a camera pointed in their direction. SOLOSHOTs are currently handmade at the Soloshot, Inc. facilities located in San Antonio, Texas and available for immediate sale through the companys website http://www.soloshot.com. Discounted SOLOSHOTs are also available through August 30, 2012 on Kickstarter as Soloshot, Inc crowd funds their new high volume, automated production line – also located in San Antonio, Texas.

KB4K is an organization started by neurosurgeon Kee Park and kiteboarding legend and longtime Cabarete resident, Laurel Eastman. Since its inception, KB4K has raised almost $ 60,000 for various charities benefiting the children of the north coast of the Dominican Republic. Visit http://www.kb4k.org/ for more information about the charity KB4K or go to http://www.active.com/donate/KB4K2012/soloshot to donate and make a difference.