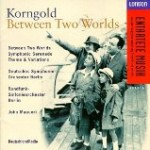 According to my note, about 20 or 41% of Indonesian films released in 2007 are horror. The trend was then continuing in 2008 where about 18% (of 77 movies) horror produced. This is a great decrease. But regarding the history, since 1940s, the horror genre prevails in Indonesia. The market has never been really saturated.   Indonesian industry of film (and television, actually) until now still considers this genre as super talisman for the … END_OF_DOCUMENT_TOKEN_TO_BE_REPLACED