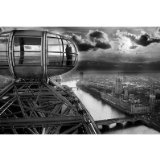 Search for top film schools and you’ll find many listed in the United States as well as in other countries. Experts put together their lists of the top ten film schools periodically but the expert’s opinion of the best film schools may not help you. The reasons for qualifying as a best film school may have more to do with the age of the institution or how many famous people have attended. These are probably not important factors for you to consider when picking your top film school.

The most important question you can ask your self is what is the best way for me to start my dream career, not what is the top film school in someone else’s opinion. Gaining the skills you will need to get in and get going are what will make for your success in the film industry.

Filmmaking is a very general term for a lot of different jobs. It’s not like doctors or lawyers where, although there are specialties, the basic training and work they do is still basically the same.

The term filmmaker can be applied to the business people who find deals, the writers who write scripts, the crew, headed by a director, who record the action and dialog of actors, and a host of other agents, artists, editors and marketing and advertising experts that will eventually get the film from an idea to your local cinema. These people are all filmmakers in the sense that they all help make movies but their job descriptions and schooling are clearly very different.

On any top ten university list you will find such schools as UCLA, USC, NYU and the Vancouver Film School Although these are respected institutions demanding astronomical tuition to attend their one-size-fits-all approach to training is not a good fit for the wide variety of skills needed by students wanting to fit into particular jobs in the entertainment business. Some outspoken critics of their methods have pointed out that much less than 10% of their graduates find even a livable salary after graduation.

It is believed by many that these top schools are just going about it all wrong to produce successful filmmakers. The technical skill set required to produce a movie is much smaller than that required by doctors or lawyers. What makes for successful filmmakers tends to be a certain personality that could best be described as fearless, creative rebels. The so call best film schools use methods that will tend to suppress these attributes rather than nourish them.

There are many options to starting a career in filmmaking that cost less and take far less time than attending a traditional school of filmmaking. Find the top film schools for you by visiting 4Filmmaking.com.

Answer by midibaby
it is not neccessary to go to school at all ….if you have a great idea and can show skill with a camera …i am sure you can become a director …..regardless of education ……

My Disney Top 5-Favorite Pixar Films
The “Carl and Ellie montage” from the opening moments of Up should be required study in film schools everywhere. Perfection isn't a word thrown around too much in cinema, especially in animation, but perfection is the most suitable word for this sequence.
Read more on USA TODAY (blog)

14 Best College Football Movies and Documentaries Ever
Good college football movies are harder to find than you might imagine. There are several solid documentaries, including the recent pieces that are part of ESPN's 30 for 30 . The films on this list are the best of the two genres…
Read more on Bleacher Report