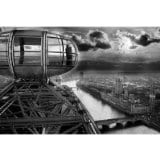 Top film schools lists are all over the internet with tons of articles and web pages talking about the best film schools in the country. Generally, they will tell you how good one is versus another. One thing you will not find on the site is information about who who created the list, usually the recommended film schools. Either that or an entrepreneur is creating articles and sites in order to earn commissions on new students.

Why in the world would a popular and well rounded university sink to spending so much money to promote their film schools in this manner? It is pretty shocking to say the least, however if you understand film school history it is less so. Some who look into this may even choose another school path for their career.

University of Southern California in LA, was the first site of an organized film school, before this movie production companies depended on in house training to prepare people for work in film. Unlike today movies back then were not necessarily artistic endeavors, instead they were cranked out factory line style. Large numbers of poorly paid workers would each perform a specialized task.

Workers soon discovered that there was no glamour working in the movie industry just extremely long hours, which resulted in a high turnover rate. In a bid to cut training costs a group of film executives hatched a somewhat devious plan, they negotiated a film school idea with USC. For the school and film studios it would be a winning proposition, the school would get paid to teach students and the executives could simply wait until graduation and pluck the best fruit. No cost training to anyone but the students.

Many people may find this unbelievable, and yet when you research public schools in America you will find their creation was driven by the need of skilled workers during the industrial revolution. In addition to these forces, film schools have also realized that it is a profitable enterprise as students will pay large sums of money for the classes and even compete for placement.

Further research uncovers even more disturbing information namely that top film schools are charging students a premium for a degree that is barely going to get your feet in the door at most modern movie production businesses, $ 100,000 to be exact. Once you graduate you will have to take the most menial and low paid positions in the company. In order to make the large paychecks in Hollywood you need to do what those who are cashing such checks are doing! Learn who these people are and then aim for similar positions.

A handful of popular and talented actors and film directors can demand huge million dollar salaries, most people realize this, however they do not realize this is the exception to the rule. Sadly, many actors and workers can barely make enough money to cover basic expenses and a good number are frequently unemployed.

Are you wondering where the huge incomes are in Hollywood? Think attorneys, film executives and movie producers! These individuals either control the direction of a film or represent the artists involved in each film. Do not let the supposed glamour lead you astray. The film industry in this country is a business and the big money is falling to the people with law or business admin degrees with an entertainment focus.

There are many places you could attend school and achieve such a degree, and though you might not be as excited about the prospect when compared to becoming a filmmaker, the difference in your salary could be huge.