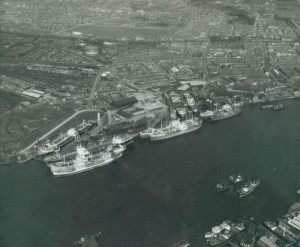 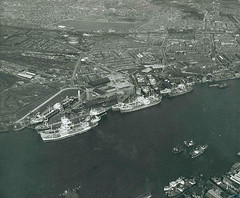 Video shorts are hot!
Video shorts are the hottest new format to promote a business on TV, online or DVD. It is one of the most cost effective video productions and usual produced in a very short time. Video production editing or also called post production for shorts is not anymore as time consuming as it used to be and the hard-software for editing is getting less and less expensive.
Corporate shorts in TV production provides innovative videos to capture the essence of a story or product, and give a personal touch to help connect with the viewer. Shorts in any video production can be used for a range of needs: branding, sales, awareness, promotional, political, educational and informational uses. A video short intends a specific purpose in a corporate or B2B environment and watched by a targeted audience.
They can help craft the right message to promote and push a brand – and make it stand out visually.
Video production and post production editing for shorts aim to inform the audience, give more insight and a greater understanding about the world and its subjects. It becomes true: A great story starts with imagination.
Some of the first pioneers of video shorts and film TV production are the German born Director and cameraman Max Skladanowsky who built one of the first film cameras in 1890. For his first film, Bioskop, he used to loops of 54mm film, one frame being projected alternately from each. This made it possible to project at 16 frames per sec, sufficient to create the illusion of movement.
Video production editing was done linear to this time therefore it was very limited and time consuming.
Also the man who has been called the “father of the documentary film production, Robert Flaherty,” born in 1884 (Michigan U.S) produced short films. Flaherty produced Nanook of the North, A Story Of Life and Love In the Actual Arctic, the first feature length documentary film production, in 1922.
Not to forget that his video production editing was still done linear, in compare to today’s much faster non-linear video editing suites.
Another pioneer work in video and film production was the earliest known feature length narrative film in the world, an Australian production called THE STORY OF THE KELLY GANG (1906).
Or did you know that one of the world’s first film studios, The Limelight Department was operated by The Salvation Army in Melbourne, Australia, between 1897 and 1910. It produced about 300 films of various lengths, making it the largest film producer of its time.
Since then workflow of video production, post production editing and equipment of a cameraman has changed tremendous. As well the platforms it screens and the aims it is targeting.
Strong believes are that in the common years 70% of all web based content will be bundled in video shorts, vodcast (podcast video).
Therefore every company and individual should start to think in this direction to stay effective and promote their business online with a podcast video.
Corporate Shorts provide innovative podcast videos for a website to capture the essence of a business, and give a personal touch to help connect with the audience. An effective online podcast video presence is the future promotional and informational vehicle.
Today most TV channels stream their video content on the web because people like to follow up shows and programmes they missed or just want to be more flexible with viewing times.
What is anyway the difference between PODCAST and VODCAST?
Podcast is Audio for web only
Vodcast is Video and Audio for web
By that post production or non-linear video production editing becomes highly increased and has changed dramatically as well.
In compare to film production 50 years ago, today’s video editor can edit your video footage at points that are both creative and logical. Video production editing can be done in very short time in house or on location with a mobile video editor and edit suite. Using digital video footage, they can create sophisticated animated text effects, special effects and combine movies with still images.
With original or existing digital footage the video editor can animate, transform and composite multiple movies and images, apply colour correction, improve audio quality and add animations.
Video editor can use video footage to combine green-screen interview footage with customized virtual sets while adding convincing effects like virtual shadows and reflections in your video production edit.
This was not possible in the early stages of film and video production! A TV or film producer, director or cameraman needed many hours of work and post production was very limited.
But there is more! Video production soundtrack editing is one of the big advantages of today’s technology.
Different soft- and hardware is used to compose loop-based soundtracks in any musical style for a video production, or to provide and edit a stock music soundtrack.
Video shorts are the way to go.

Stephan Czepanik is on of the leading producers, directors and cameraman in video production.
He creates sophisticated and creative pictures within video production editing.
He is German born and highly qualified and experienced.
His works have been screened in over 80 countries.
http://www.filmgauge.com.au