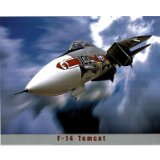 Believe it or not, a barely educated high school grad or college dropout is probably going to do better than a graduate of a top film school in the film business. I know, this goes counter to what everybody believes about needing a college education and the advantages of so called top film schools. But then again, you have to realize that the people who come up with the U.S. News and World Report rankings know nothing about the film business.

The fact is, ranking the so called top film schools in the world is a bit like arguing over which is the very best ice cream flavor. Not only is it meaningless, but it isn’t based on anything of substance. U.S. News and World Report rankings are based on two main factors 1. Alumni contributions to a school 2. What high ranking academics like college presidents think and say about a school. In other word, a lot of conjecture and opinion.

As an NYU Film grad, producer, writer, and director with more than 10 years industry experience, along with friends who went to USC, UCLA, NYFA, and other film schools, I can tell you the reality of working in the film business is quite different than what most people believe. And the reality is, film is a business. Education is meaningless. Most successful DPs, Producers, and Directors working in the biz not only did not attend film school but many do not even have college degrees.

In fact, a film school graduate is considered to be less desireable to have on a pro production than a new kid straight out of high school. Why? Because a high school kid can be taught how to do things the right way; most film students learn things the wrong way and Production Managers in the business know this. Many of my friends who graduated from film school had to work for free for periods of 3 to 9 months just to get a “foot in the door” and unlearn what they’d learned in school and how to do it the professional way.

So if you’re stressing out about getting into film school, take heart. Just by not going, you are already well ahead of a college grad. Read books on filmmaking, get on a pro set, have a great attitude, and you’ll learn everything you need to know. It’s filmmaking, not rocket science.

Seth Hymes is a Producer, Writer, and Director living in Los Angeles. He holds a very expensive film degree from New York University that makes a great paperweight. If you want to learn secrets that most filmmakers will never know about launching your film career, visit http://www.filmschoolsecrets.com